“Project Europa: Imagining the (Im)Possible,” an excellent and disturbing show at Columbia University’s Miriam and Ira D. Wallach Art Gallery, explores the past two decades in European history. Marked by the fall of the Berlin Wall and the unification of Europe, the exhibition brings together work (primarily video and photographic installations) created in the aftermath of these historic events and examines the relationship of art to democracy. Dan Perjovschi, who is known for transforming gallery and museum walls with his cartoon-graffiti hybrid drawings, has contributed a piece to the entranceway of the exhibition. 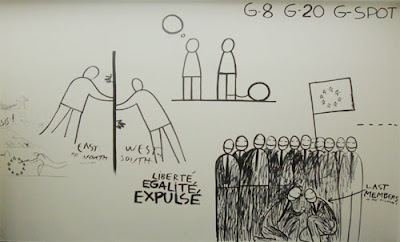 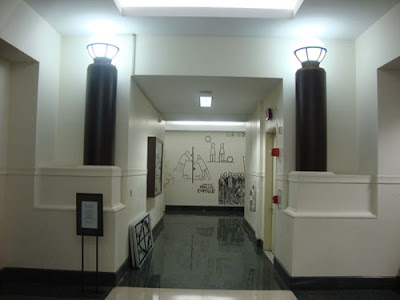 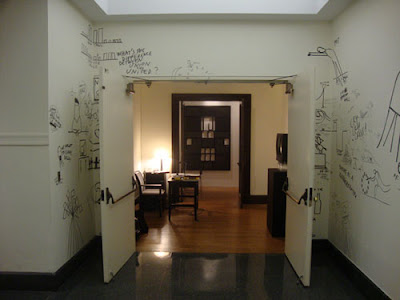 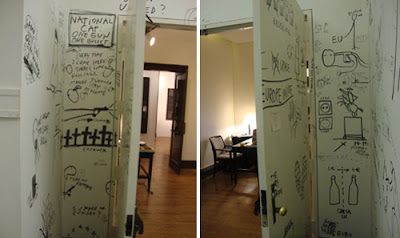 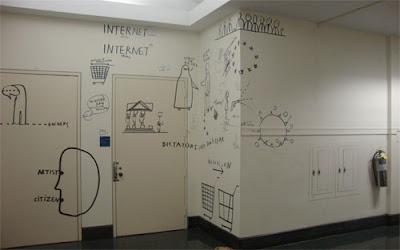 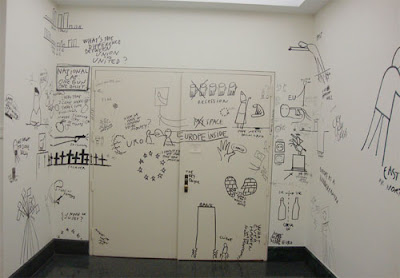 While Europe embodies the notions of democracy, human rights, peace and diversity, it also reverberates with xenophobia, racism, religious intolerance, and�especially after the fall of the World Trade Center towers�heightened security and the hardening of immigration policies. Each of the pieces in the show suggest new ways of thinking about the challenges Europe faces.

To explore the challenges that violent Islamic extremism present, I’m going to see Xavier Beauvois‘s new film “Of Gods and Men” this evening. A plot summary: In the 1990s, eight French Christian monks live in harmony with their Muslim neighbors in a monastery perched in the mountains of North Africa. When a crew of foreign workers is massacred by an Islamic terrorist group, fear sweeps though the region. The army offers them protection, but the monks refuse. The film is loosely based on the experience of Cistercian monks of Tibhirine in Algeria, from 1993 until their kidnapping in 1996. Although I’ve heard that the ending of the movie is ambiguous, the real monks were eventually beheaded by their captors. (UPDATE: This haunting film’s ending, which features an amazing final shot of the monks walking away through the snow, is not in the least ambiguous.)