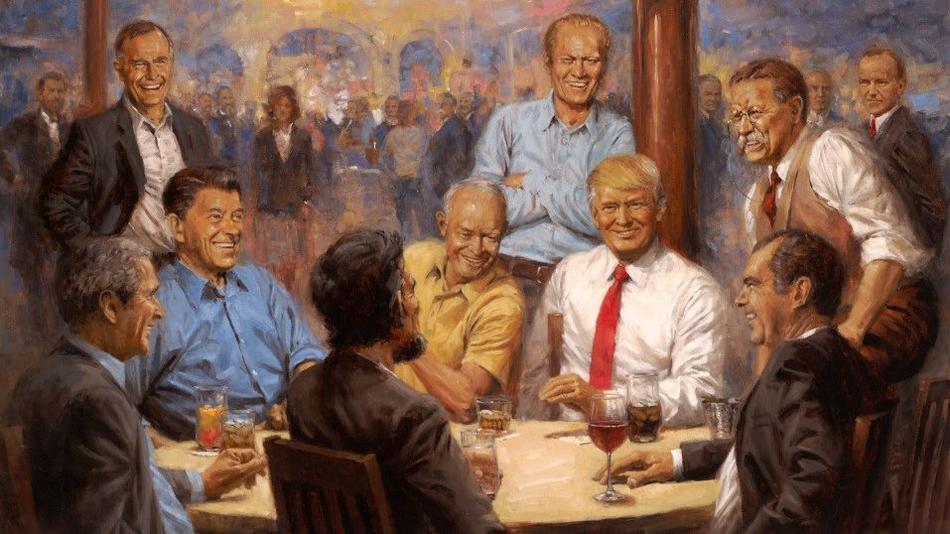 Carter Ratcliff: Art in the age of Trump

Contributed by Carter Ratcliff / Let�s begin with a painting�not sure it�s a work of art�that could have been painted only now, during Trump�s presidency. This is The Republican Club, a group portrait of selected Republican presidents, by Andy Thomas.  Hanging now in the White House, it appeared behind Trump during […]