Art and film: Growing up at 70 Hester Street with Thomas Nozkowski and Joyce Robins

Contributed by Casimir Nozkowski /  I grew up on the Lower East Side of Manhattan in a building that was once a synagogue, a whiskey still, a raincoat factory and when I was born there, a studio for my artist parents [Thomas Nozkowski and Joyce Robins]. They moved in after […]

Contributed by Jonathan Stevenson / Russian director Alexander Sokurov�s Francofonia is a strange and intriguing film � a kind of avant-garde point-of-view documentary. Do not mistake the title for �Francophilia.� With considerable snideness and mockery � including magical realist interventions by a fatuous Napoleon, sardonic intonements of �libert�, egalit�, faternit�,� […] 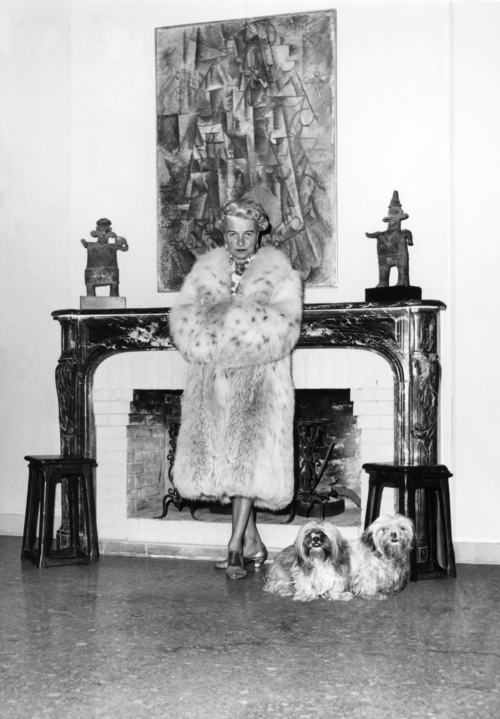 Art and Film: Women with dogs

Art and Film: Painter-Spy in Bridge of Spies

Contributed by Jonathan Stevenson / Bridge of Spies begins and ends with a painting. Steven Spielberg�s latest film is a penetrating and affecting consideration of the Cold War, based on a celebrated real-life spy swap between the United States and the Soviet Union. The painter in question is Rudolf Abel […]

I was watching House of Cards last night, Season 3, Episode 3–the one in which the coarse and cagey Russian President Petrov makes a state visit to the White House. At one point (spoiler alert) , before his relationship with the Underwoods goes south, Francis gives Petrov a gift of […]

Director Greg Mottola (Daytrippers and Superbad) has been called the new John Hughes (Sixteen Candles, Ferris Bueller’s Day Off, Pretty in Pink, etc.), but Mottola’s films are much grittier, infused with a singular indie-angsty sophistication. In New York, David Edelstein writes that Mottola “plays old songs in new keys and […]