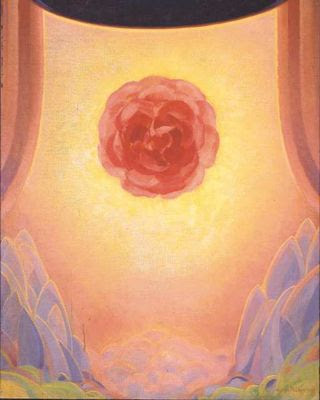 Agnes Pelton,”Incarnation,” 1929 In the LA Times blog, Christopher Knight reports that “the kernel of a powerful idea resides within ‘Illumination,’ an exhibition of abstract paintings by four women who worked in the deserts of the American Southwest and whose careers pretty much spanned the 20th century. But the kernel […]

In The Brooklyn Rail, Jeremy Sigler makes a pilgrimage to see Agnes Martin’s last drawing. “I went to Agnes Martin�s drawing show at Peter Blum Gallery not so much to see a comprehensive museum-quality retrospective of Martin on paper (which it most definitely is), but to satisfy my curiosity after […]

In the San Francisco Chronicle, Kenneth Baker reports: “San Francisco’s stature as a cultural destination and hub of new art scholarship will jump dramatically if Gap founders Donald and Doris Fisher get their wish to build a museum for their collection of modern and contemporary art on the Presidio grounds. […]